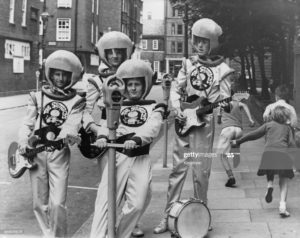 Three years have now gone since the Medea Lab Malmö became a research platform at the Faculty of Culture and Society, Malmö University. Among other things, during the years we have produced almost 20 Medea Talks (available online) and soon 30 Medea Vox podcasts. A while ago, the Dean of the Faculty decided to finance… END_OF_DOCUMENT_TOKEN_TO_BE_REPLACED

Filed Under: Uncategorized
Posted on February 6 by Bo Reimer • 0 Comments

Here is a short interview made with me about the online masters programme in Media and Communication Studies. It was originally posted on our Facebook page with the following text: Meet the professors! Bo Reimer, Professor Together with Michael Krona Bo built the program as an online and campus based masters program. He has done… END_OF_DOCUMENT_TOKEN_TO_BE_REPLACED

Filed Under: Blog, Uncategorized
Posted on May 21 by Bo Reimer • 1 Comment

Since 2005, the Swedish Authors Football Team, a team consisting of fiction writers, poets and some academics, have played games against similar teams from England, Germany, Italy, Norway, Denmark and other countries. Games have also been played against the Swedish Doctors Football Team, for instance. There is a cultural aspect to these games: The matches… END_OF_DOCUMENT_TOKEN_TO_BE_REPLACED

Our book Collaborative Media will be reviewed in a forthcoming issue of the journal Media, Culture & Society. The book has been reviewed by Ana-Maria Herman, Goldsmiths University, and the review is now available as Online First for those who can access the journal online. The review is thorough, going through all the parts of the… END_OF_DOCUMENT_TOKEN_TO_BE_REPLACED

The Brooklyn record label Daptone are bringing their Super Soul Revue to the Apollo in Harlem for three nights. This includes Sharon Jones & the Dap-Kings, Charles Bradley & His Extraordinaires, and Naomi Shelton & the Gospel Queens. The events are recorded for a forthcoming live album, following the tradition from James Brown and… END_OF_DOCUMENT_TOKEN_TO_BE_REPLACED

We arrived in New York in late August, and have now spent three of our four months here. Some reflections thus far: We decided we wanted to stay in Brooklyn. We were more attracted to the idea of finding a place in a more laid back neighbourhood than what you would find on Manhattan. But… END_OF_DOCUMENT_TOKEN_TO_BE_REPLACED

The history of Dean Parrish is almost too Sugar Man-like to be credible: Born Phil Anastasia, in 1964 he changed his name to Dean Parrish and had a moderate career as recording artist, scoring minor hits with songs such as “I’m On My Way”, “Tell Her”, “Determination”, “Skate”, and “Bricks, Broken Bottles and Sticks”. In 1967 Parrish… END_OF_DOCUMENT_TOKEN_TO_BE_REPLACED

This summer I spent a couple of weeks in Bangladesh. I went there for personal reasons, but I also gave a talk at ULAB (the University of the Liberal Arts of Bangladesh). The talk was based on our book Collaborative Media, and the audience consisted of teachers and students of ULAB, most of them coming from… END_OF_DOCUMENT_TOKEN_TO_BE_REPLACED